This is another Celebrity Inspired Outfit of mine.  This time its me and my girl Mary J. Blige.  Mary J. is one of my most FAVORITE Celebrity Style Icons.  I am a die hard fan who has followed her career since the beginning.  To me she is a Trendsetter that can rock virtually anything. 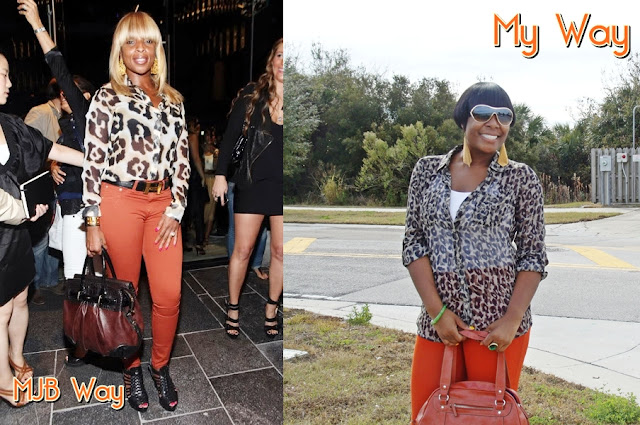 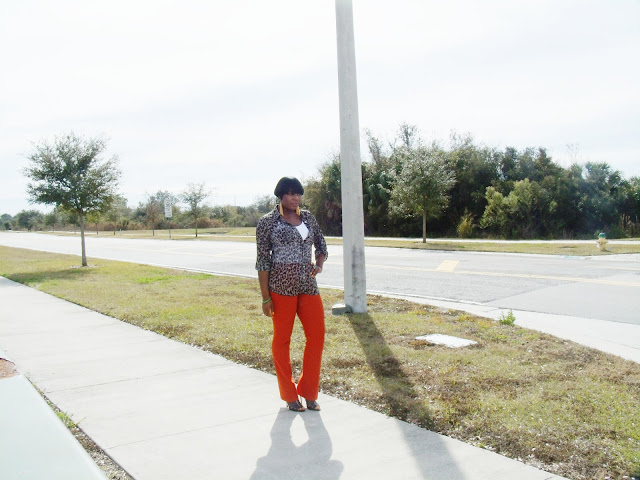 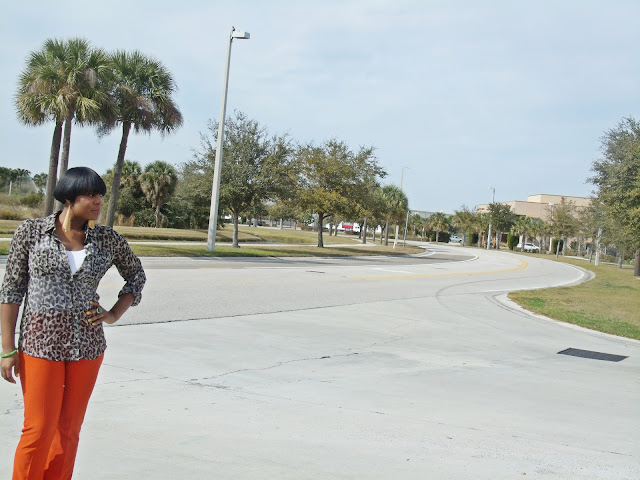 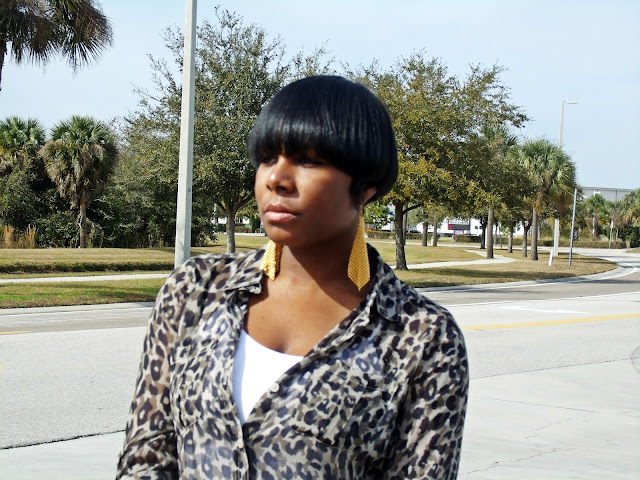 When I saw her rocking this look, I knew I wanted to try it.  I love the mixture of burnt orange with animal print.  Since I don’t have burnt orange jeans, I rocked these cute burnt orange pants I found while thrifting last year. 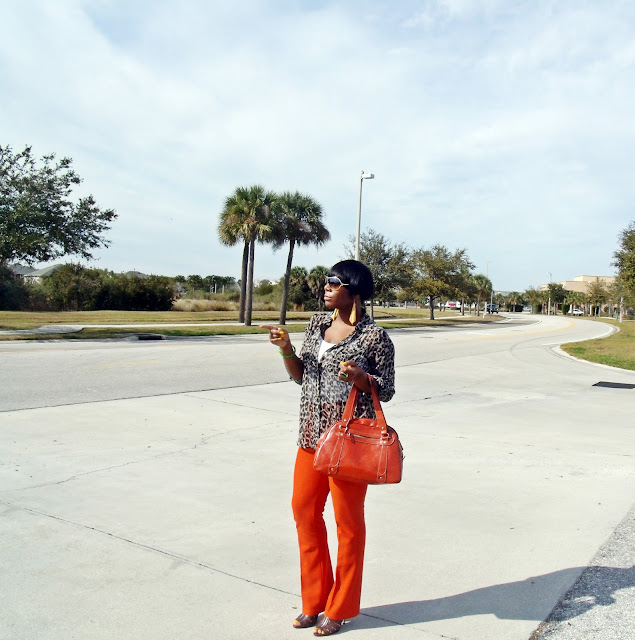 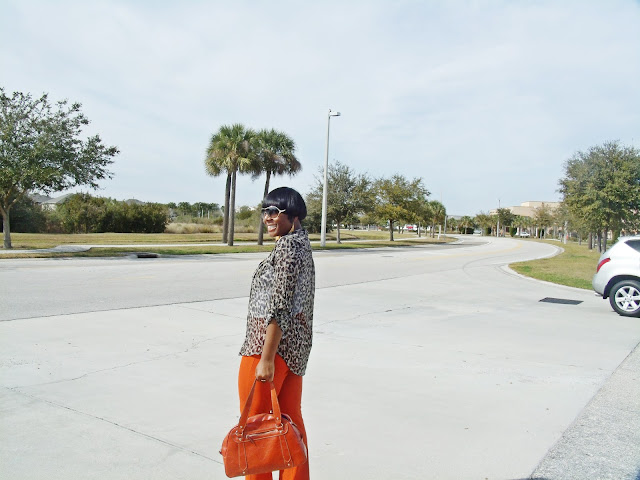 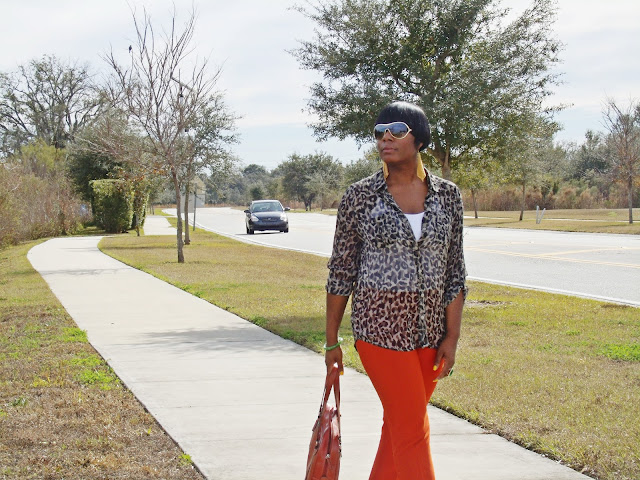 I wore this to church a few weeks ago and it was cute and comfortable.  I decided to throw a little green in the mix just to provide another pop of color.  I am literally in LOVE with my Jade Bracelet that I purchased in Hawaii.  I have worn it with EVERYTHING.  Hey, we all have our favorites, right?  LOL!! 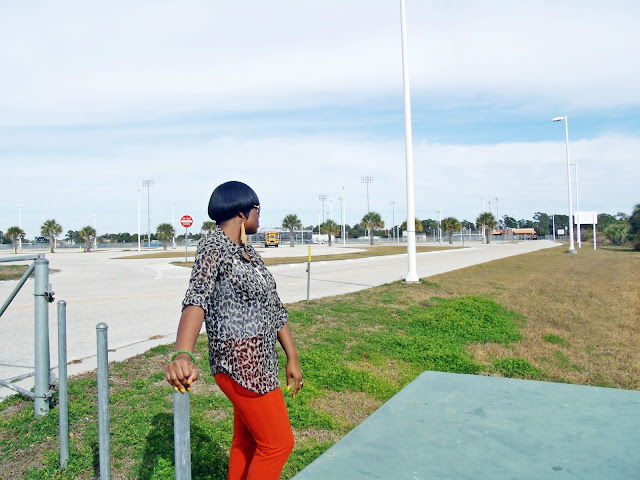 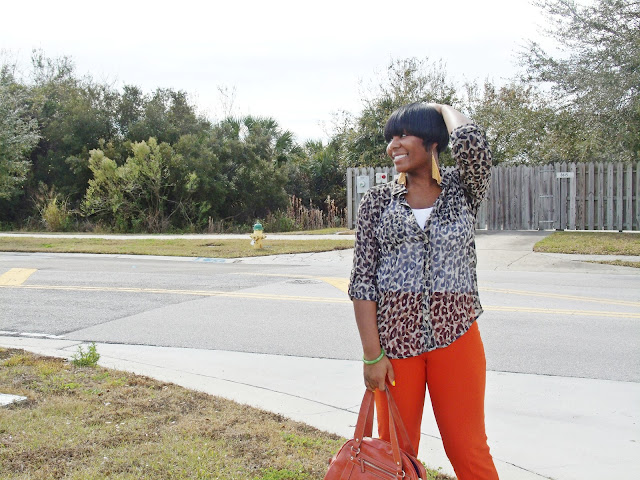 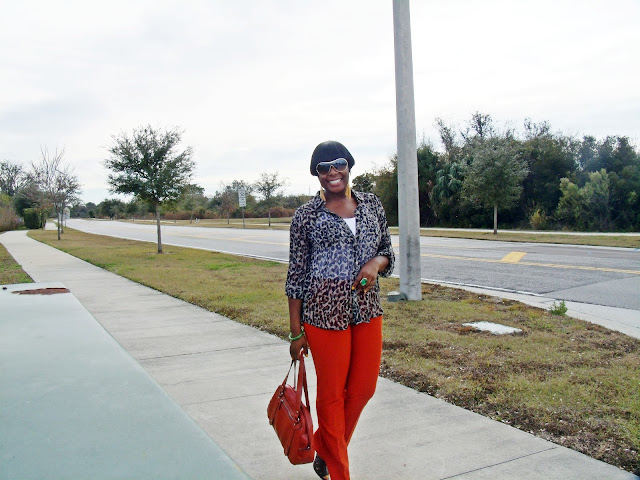 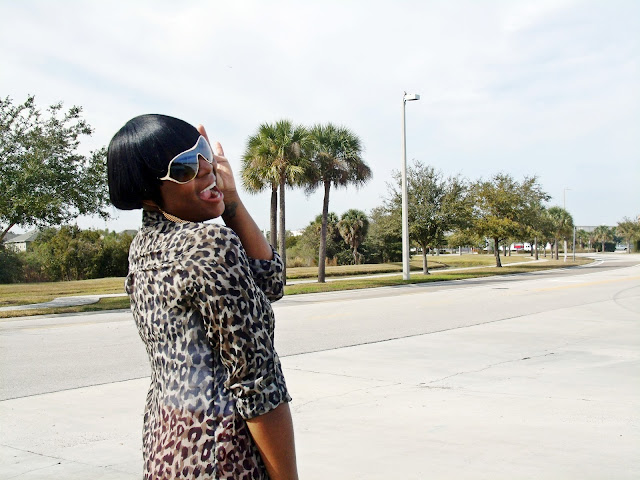 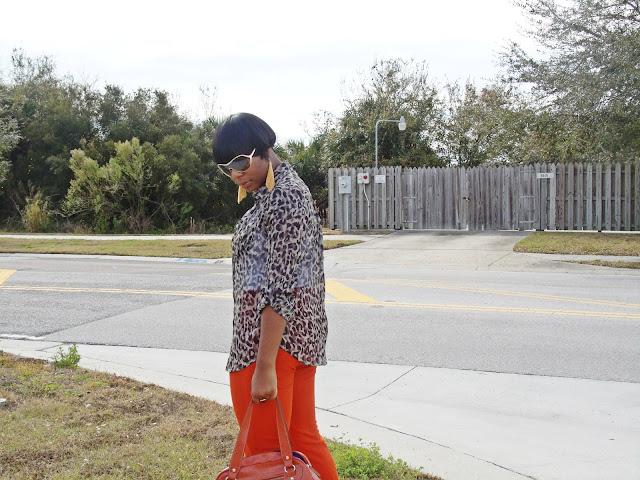 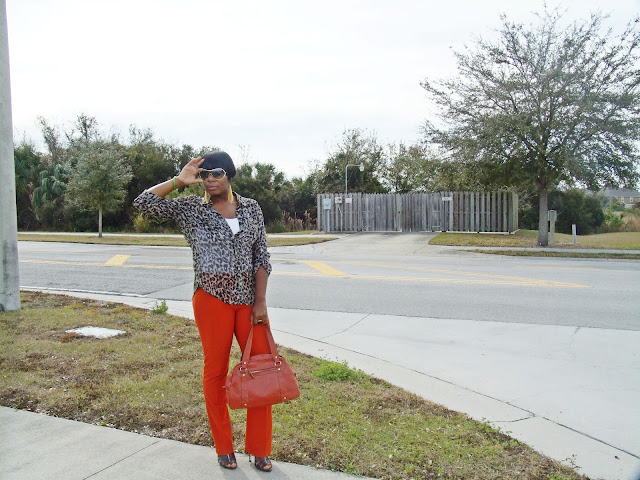 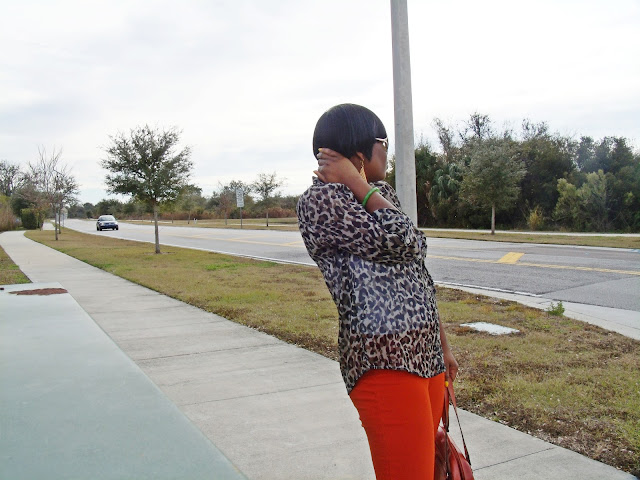 So Dolls, Tell me...how do you think I did with my MJB Inspiration? 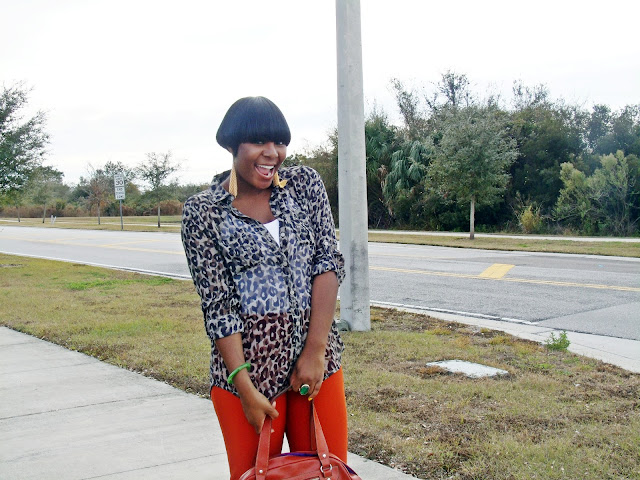 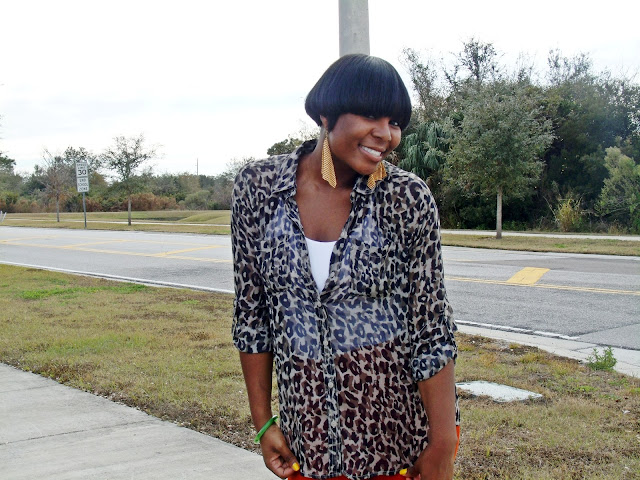 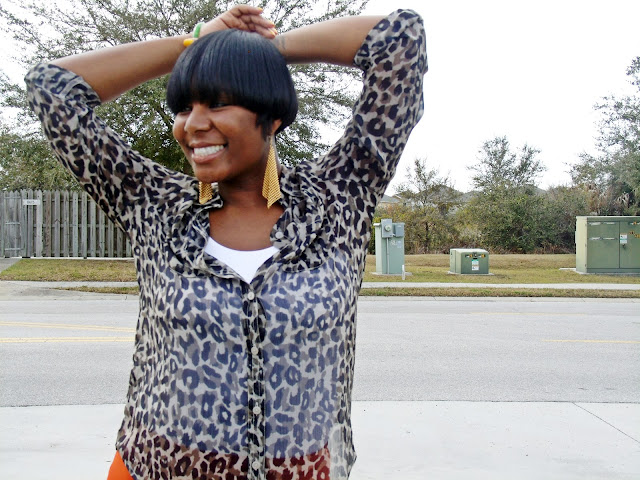 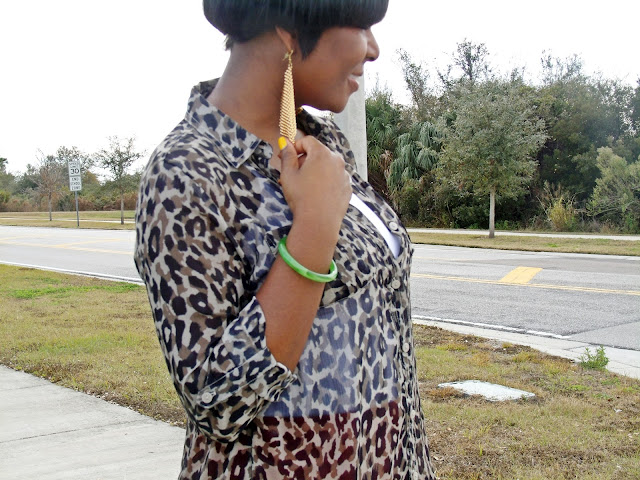 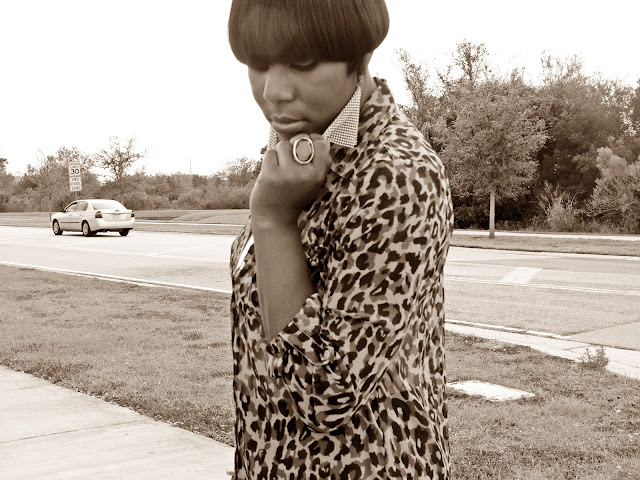 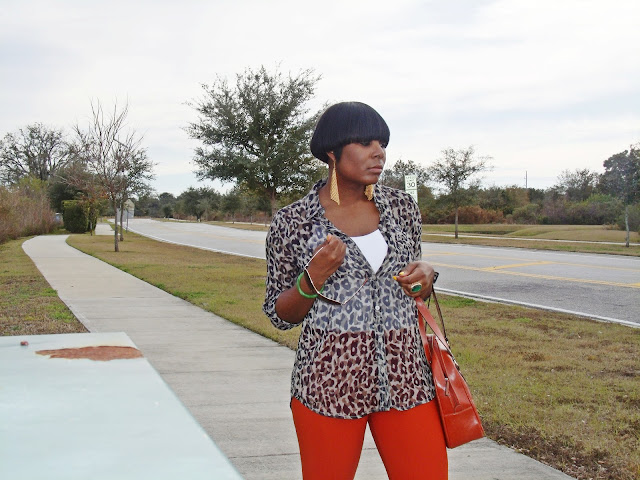 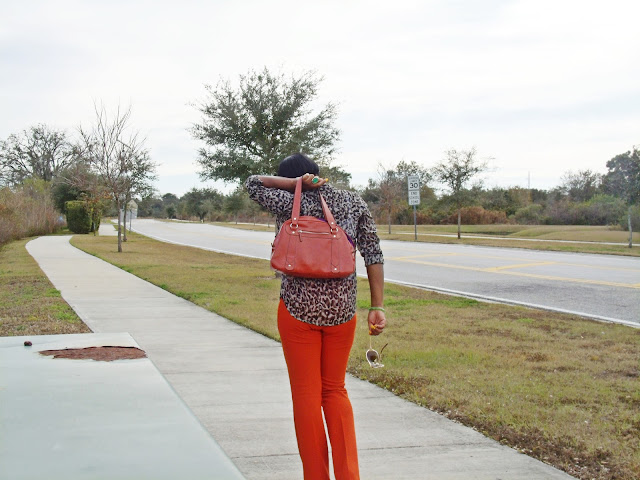 Since I am inspired by Mary J. Blige in more ways than one, she will be today’s Black History Fact! 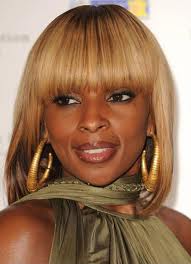 Born in the Bronx, New York on January 11, 1971, Mary J. Blige began moving people with her soulful voice when at 18 she signed with Andre Harrell’s Uptown Records in 1989, becoming the MCA-distributed label’s youngest and first female artist.

She quickly became known to the music world as the reigning "Queen of Hip-Hop Soul", Mary would go on to be responsible for changing the construct of R&B music. Credited for the musical marriage of Hip-Hop and R&B, she introduced elements of hip-hop/rap into modern, contemporary r&b/pop music. Using old school hip-hop samples and loops, Mary would bridge "the gap between R&B and rap in a way that no female singer had before! 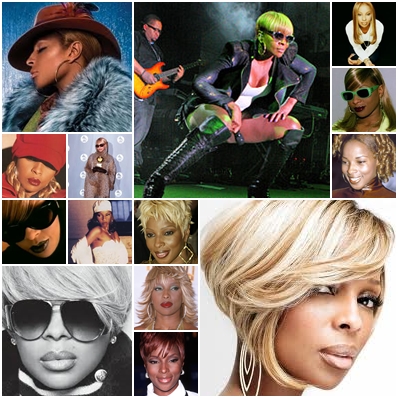 Over the course of her career, Mary J. Blige has released 10 Studio Albums, eight of which have gone multi platinum.  Blige has also collaborated numerous times and contributed to several Movie Soundtracks, most recently to the Academy Award nominated film The Help.

In 2008, Mary J. Blige launched her biggest philanthropic effort yet when she and business partner Steve Stoute inaugurated Foundation for the Advancement of Women Now, Inc. (FFAWN) at Roosevelt High School in Yonkers, New York. FFAWN's purpose is to inspire women "to reach their individual potential". The foundation offers scholarships and programs whose aim is to foster self-esteem and career development. 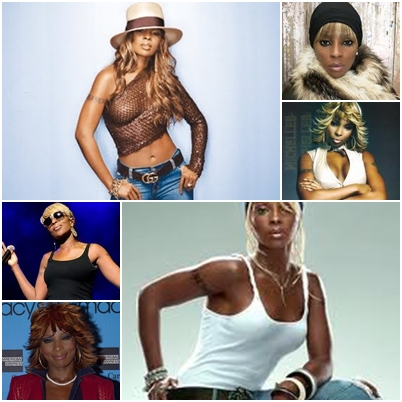 With a track record of eight multi-platinum albums, nine Grammy Awards (plus a staggering 29 nominations) and four American Music Awards, she is the only artist with Grammy Award wins in Pop, Rap, Gospel, and R&B.  How is that for HISTORY!


As of 2011, Blige has sold over 50 million albums and 15 million singles worldwide and Billboard Magazine ranked Blige as the most successful female R&B artist of the past 25 years (source) (source).

Let’s all Salute My Girl Mary J. Blige who is Black History!