Today is Finance Friday and this week I want to share one of my favorite Personal Finance books with you.  This book will definitely change the way you think about retirement and provide encouragement for you to seek the best resources to secure your financial future.  Tax-Free Retirement by Patrick Kelly is such a powerful tool that has changed the game for the retirement plans and goals of anyone who has gotten their hands on it. 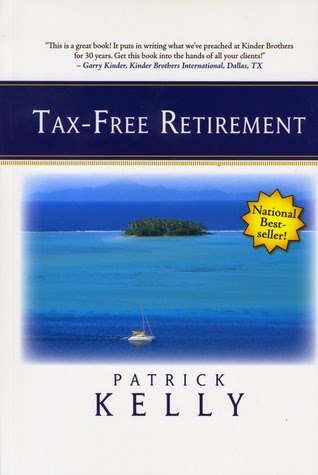 Let me enlighten you on how with this excerpt from Chapter 12 in the book called:  A Story about Bill.

Before you begin reading, I want you to pay attention to a few things in this excerpt:

One simple tip I will provide is if you live in America, you can count on taxes going up as they ALWAYS have.  Like the story mentions, every new President comes with a different agenda and that one of the things that triggers an increase in taxes.  In addition, America is severely in debt for many things and usually the first thing that debt is paid for is with your tax dollars.  So the higher the debt, the more taxes will increase to pay it off.  With that in mind, the best thing to start thinking about in terms of retirement vehicles is how to retire TAX FREE.  Patrick Kelly's book Tax Free Retirement is a great tool to begin learning how this works.  Order it here.